Anagram manufactured balloons for Disney's 2019 remake of Aladdin in a variety of self-sealing sizes, including a 14-inch air-fill, a 16-inch Orbz, an 18-inch round foil printed balloon with two different designs on the front and back, and a 42-inch jumbo balloon.

The 18-inch Aladdin balloon is a Helium Savers® XL®, which means the balloon is 5% smaller than a standard 18-inch foil balloon and requires 20% less helium. 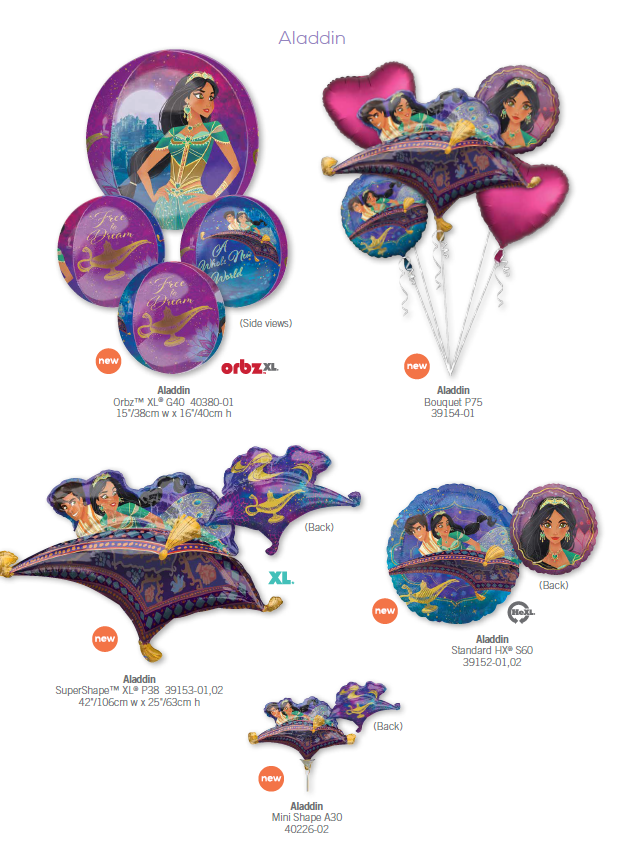 Anagram has released a realistic 3D design of Disney's 2019 remake of The Lion King. Simba and Nala's colors are lifelike with vivid brown tones and brush strokes.

These new Lion King balloons are available in 14-inch air-fill, 16-inch Orbz, 18-inch round foil (printed with two different designs on the front and back), and a 31-inch jumbo balloon featuring Simba and Nala.

The Lion King balloons are also created with helium-saving technologies. The 18-inch balloon is a Helium Savers® XL®, and the 16-inch Orbz is an Orbz™  XL™. All balloons are self-sealing. 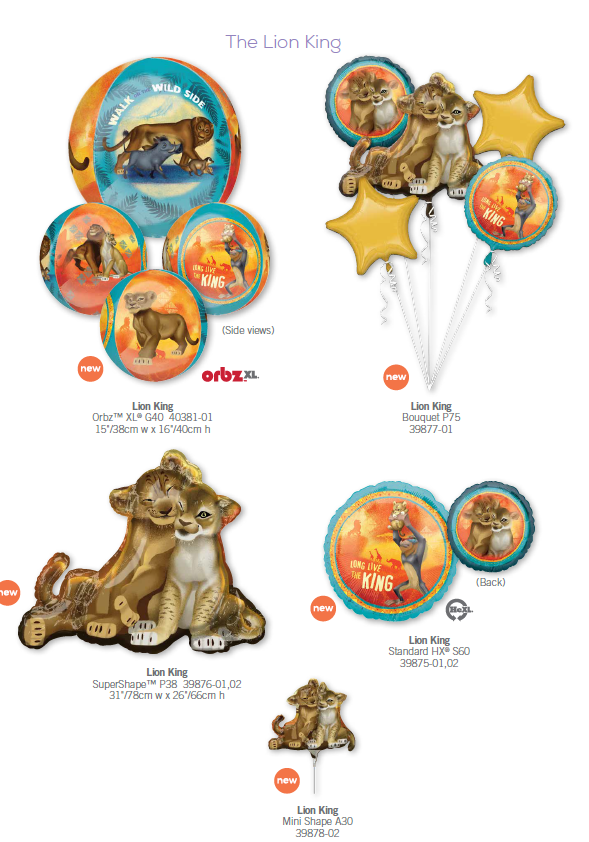 All balloons are self-sealing. 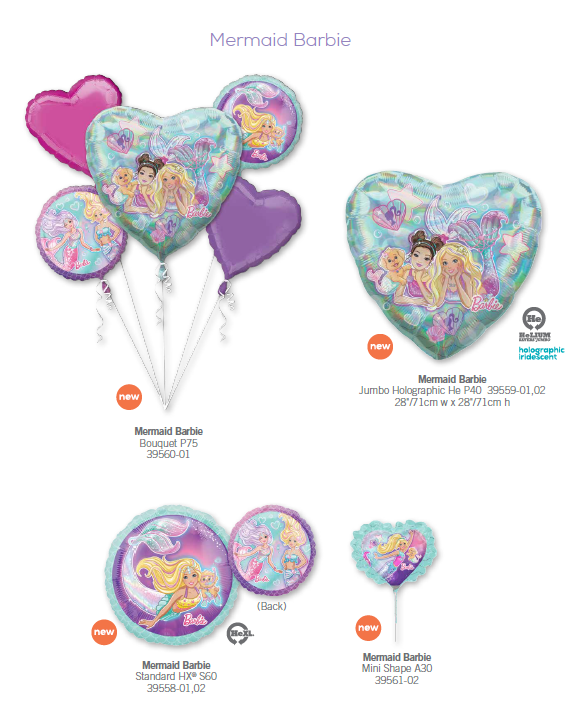