EZ Safety Seal®, made by Creative, is a fast efficient way to seal helium-filled balloons.

Balloons with an EZ Safety Seal® can be reused by pulling the seal out of the balloon and releasing the helium. The seals have a 4-foot pre-attached ribbon that should be pulled down once the balloon is inflated. 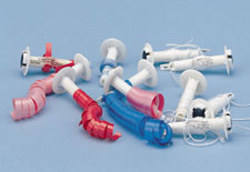