How to Pop Balloons for a Gender Reveal

1. Stuff a clear latex balloon with a black balloon and then insert colored confetti or powder.

2. Veiling/unveiling colored balloons (indoors only if balloons are to be released).

4. Fill a box with colored balloons (pink or blue) and then reveal. 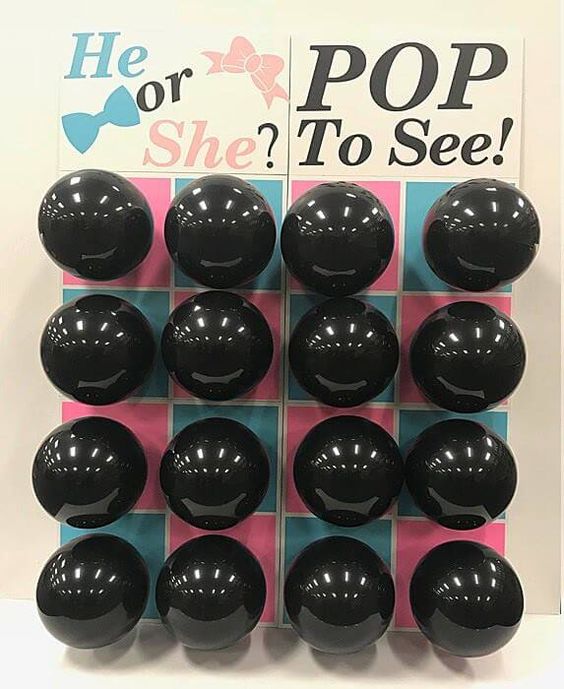 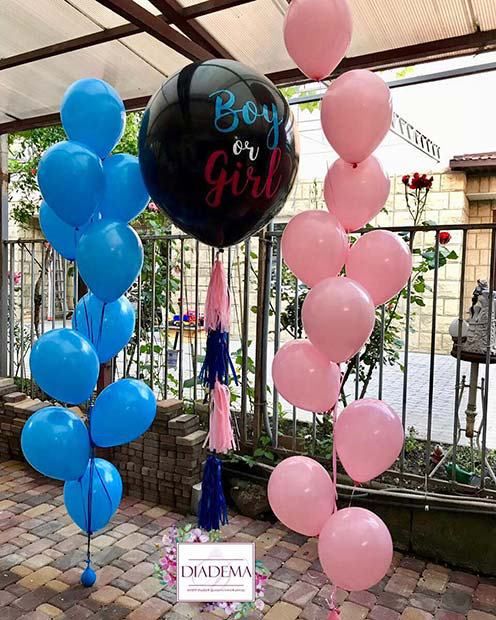