The Balloon Council (TBC) is an organization of retailers, distributors, and manufacturers created to inform and educate individuals about balloons and proper balloon handling practices. TBC has balloon guidelines for children, youth, and adults that are written specifically for each age group but ultimately convey the same message and rules.

TBC acknowledges Michael Faraday and his role in the balloon industry and is credited for inventing the first balloon. The company mascot "Faraday" is named after him.

Smart Balloon Practices is an educational awareness campaign developed by TBC to serve many purposes.

- Maintaining and nurturing the public’s positive view about balloons.

Proper balloon practices can be followed by keeping balloons secured to weights, not releasing balloons outdoors, disposing of balloons properly, and being aware of latex allergies. All balloon retailers have a responsibility to practice and spread awareness on smart balloon handling. To get involved with TBC visit their website. 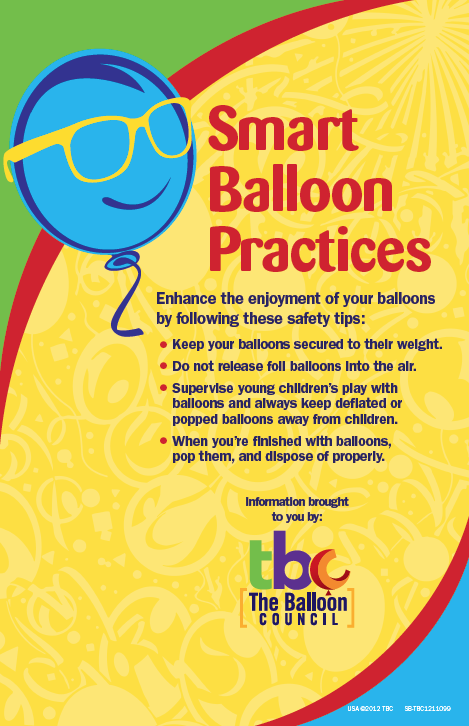